One of earth’s great wildlife areas, the Great Bear Rainforest still hosts healthy populations of all wildlife species present when Captain Vancouver sailed up the coast in 1793. Though roughly the size of Ireland, it has a human population of less than 17,000 outside of the town of Prince Rupert, compared to 4.5 million in Ireland. Virtually roadless, it is a land of island archipelagoes and long fjords that reach back into the glacier-capped Coastal Mountain range. The Coastal Mountain range has isolated many wildlife populations from their conspecifics in the rest of North America. As a result the Great Bear Rainforest is home to many subspecies and genetically unique populations like, for example, the Spirit Bear or the coastal grey wolves.

We are fortunate to make this amazing place our year-round home and be able to share its wonders with you each summer. Even in this wild place, where grizzly bears are the most commonly encountered large mammal, there are threats on the horizon that we are watching and working to alleviate. 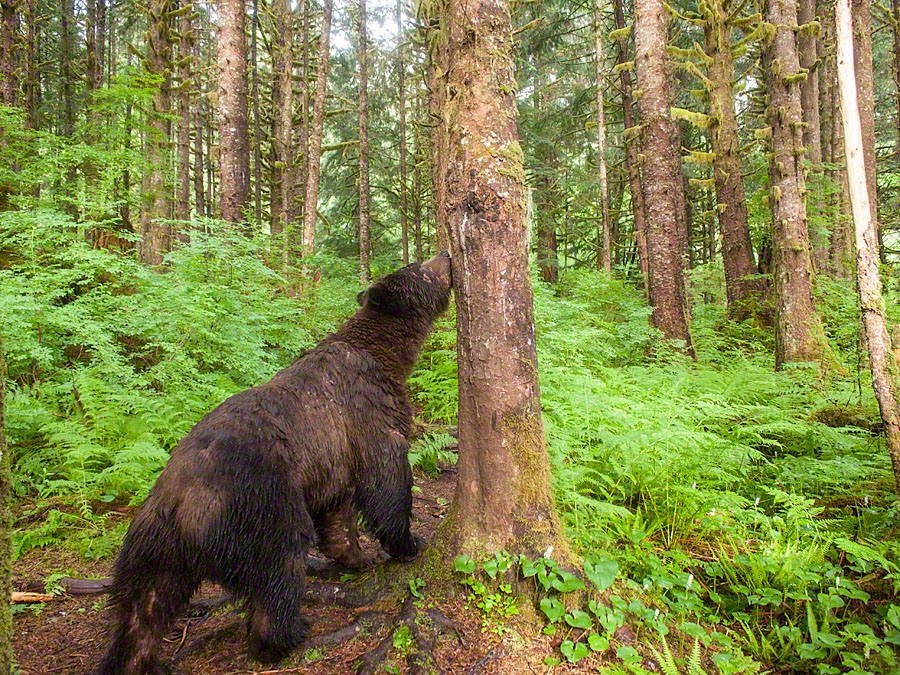 Every ecosystem has a species of animal that drives and feeds the ecosystem. Here in the Great Bear Rainforest that is, of course, the five species of Pacific salmon. As many of you may be aware, the last two salmon returns have been far less than expected. In particular, last season saw a decline that was more or less coast-wide and included all five species. Wide fluctuations in salmon returns have occurred in the past, but some populations have been depressed now for a decade. Combine that with the decline in most populations last year of all species of salmon, the concern is very real.

There are largely two schools of thought as to the cause of the problem: ocean survival of juvenile salmon or mortality of out-migrating salmon fry caused by sea lice. The sea lice infestation is thought to occur when fry contact infected salmon in farms during their migration to the ocean. Poor ocean survival is a catchall phrase that proponents use. It could be environmental conditions or mortality due to human actions such as open ocean fishing. Very little work to address poor ocean survival causes has been done to date. The sea lice problem is something that can be solved with different regulation of the aquaculture industry. There is a significant body of peer-reviewed science that supports the link of sea lice infestations in fry to dwindling autumn salmon returns in certain systems. This article was in the prestigious journal Science – Sea Lice Paper. For more information on sea lice and other wild salmon issues and what you can do to help, please consult the following websites: Coastal Alliance for Aquaculture Reform and Raincoast Conservation Foundation. It is important to remember that the sea lice problem is very significant in certain portions of the Brisith Columbia coast but ocean survival is impacting the entire coast and desperately needs serious research to identify any direct human caused components. 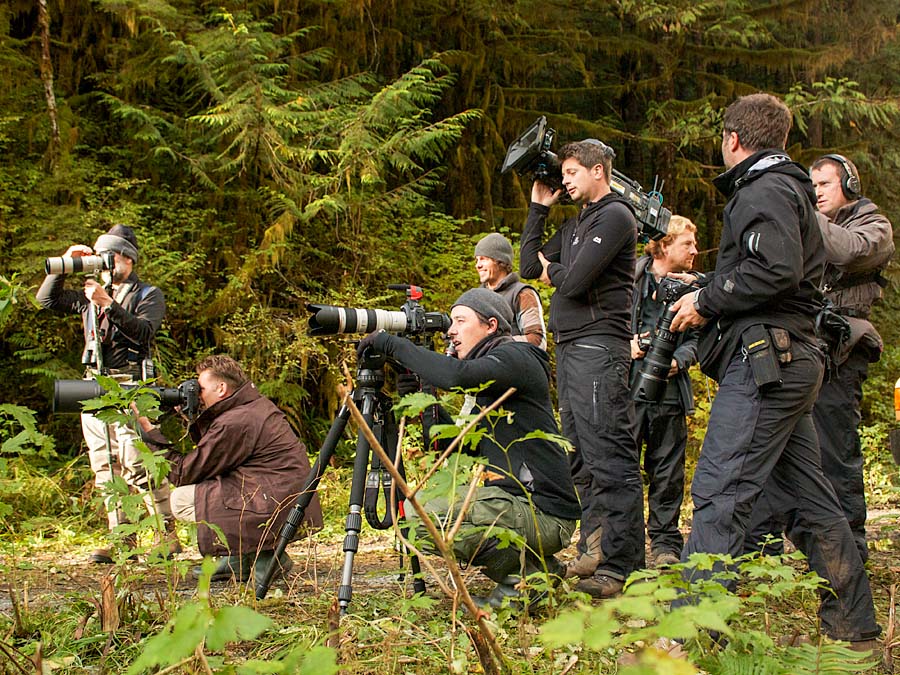 Putting an end to the trophy hunting of grizzly bears

Many of you will be shocked to learn that trophy hunting of grizzly bears still occurs in the Great Bear Rainforest, including some areas where commercial bear viewing is being conducted. Personal views of hunting for trophies aside, there is an obvious and unacceptable ethical dilemma in hunting a bear that has been viewed by bear viewers and has developed the trust you will see in some of the bears we regularly view. As bear viewers we must accept responsibility for the trust these bears have placed in humans and work to assure their safety. The bear viewing industry has grown over the last few decades to the point where it is economically much larger than bear hunting industry on the coast. Additionally a recent public opinion survey of BC residents showed 78% oppose trophy hunting of bears. Yet the bear hunt goes on sanctioned by the British Columbia government.

We are a founding member of the Commercial Bear Viewing Association of BC, which was formed to promote sustainable bear viewing on the coast. One of the CBVA goals is to end the trophy hunting of grizzly bears. We support Pacific Wild’s current campaign to stop the hunt and ask that you investigate their website Pacific Wild. We need your support now on this issue. Pacific Wild’s website contains numerous suggestions on ways you can help to protect our bears from trophy hunting. Time is of essence as we face a provincial election in early May. It is obvious the government is out of real reasons to stop the hunt and if we can get the silent majority that oppose to the hunt to speak up, then stopping the hunt in the Great Bear Rainforest should be a no-brainer.

We thank you for your help in keeping this ecological marvel called the Great Bear Rainforest in great shape for future generations to enjoy.

The BBC filmed the story of how the giant trees of the Great Bear Rainforest are dependent upon bears and salmon for nitrogen in the "Magical Forest" episode of their series "Secrets of Our Living Planet". They chose to film at Great Bear Lodge to showcase the annual return of salmon and the grizzly bears that gorge upon them.